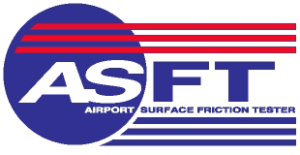 Friction is vital for an efficient flow of people and goods. Airplanes depend on friction between runway and tires. When a few hundred tons of aircraft is landing, sufficient friction levels are needed to halt the aircraft before the end of the landing strip.

Friction is also needed to control and steer the aircraft during landing and takeoff. Both ICAO and FAA require commercial airports to know the friction level on the runway and have full control over the landing and take-off conditions.